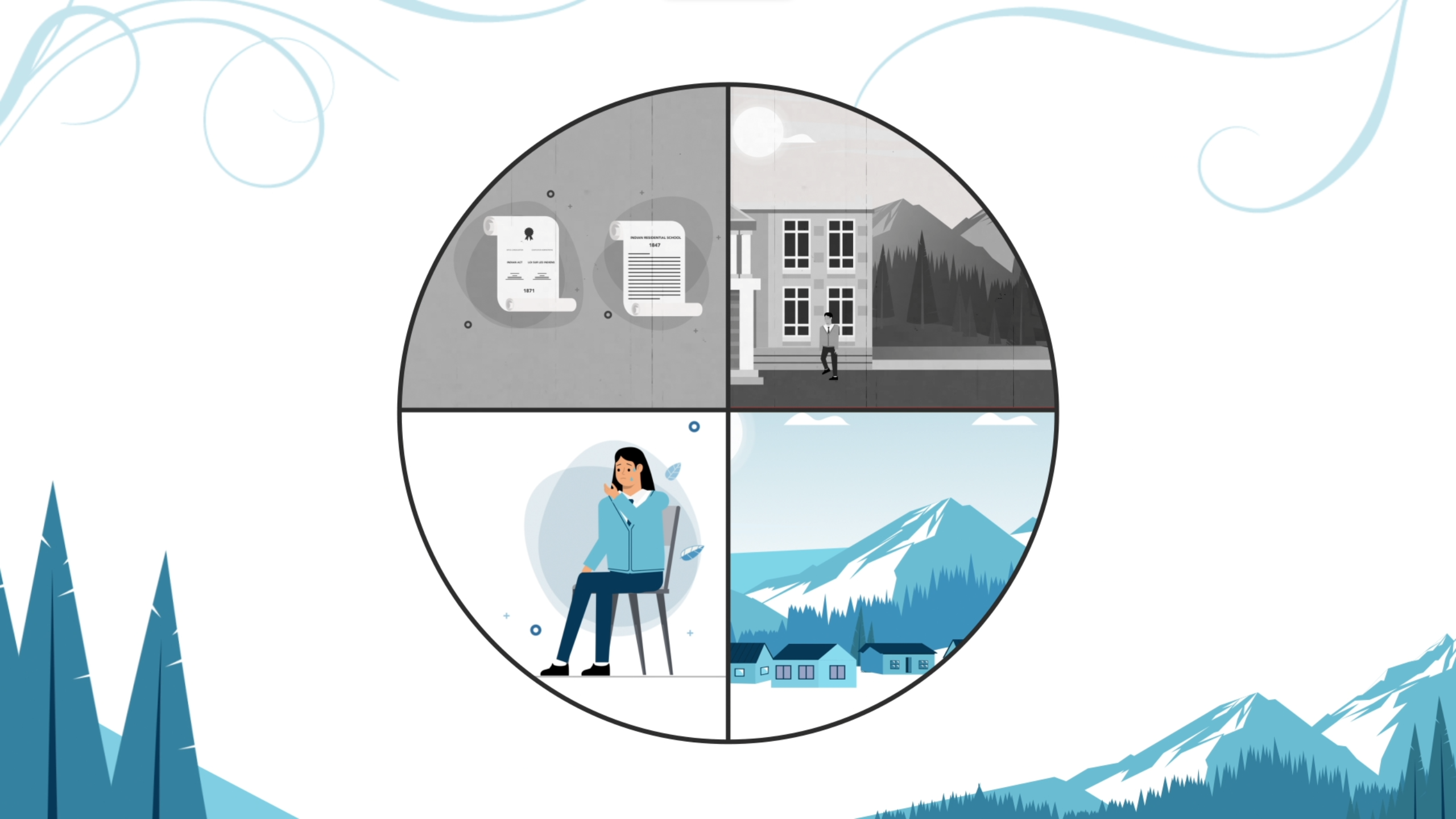 The TB Journey Map for Northern First Nations Communities is an educational resource for services providers in TB-affected First Nations communities. It visually depicts the key stages in a typical patient journey with emphasis on the different health-care related, social and First Nations determinants of health.

In the final episode of this series, TB program staff reflect on their lessons from the outbreak, including what worked well, and what is still needed for TB elimination.

Our third episode looks deeper into the impact of stigma, particularly on the experiences of one young woman whose life had been repeatedly up-ended by the disease.

Episode two describes the TB journey of a young mother and her four year old son after learning he had contracted a rare form of the disease.

Our first episode takes us to the beginning – the story of how a young adult fell through the cracks of a strained health system to become the outbreak’s index case.

This scan compares TB performance indicators and targets in Canada, the United States, the United Kingdom and Australia. This is a student project.

COMMENTARY: Yoav Keynan, MD and NCCID’s Scientific Lead COMMENT According to the WHO 2017 report, in 2016 globally, there were 600,000 new cases of tuberculosis with resistance to rifampicin, the most effective first-line drug, of which 490,000 cases had multidrug-resistant TB (MDR-TB), defined as resistance to rifampicin and isoniazid. Almost half (47%) of these cases…

In this, the fifth in our ‘TB Talk’ series of episodes, we hear from Dr. Ryan Cooper, an infectious diseases specialist with Alberta Health Services. Here, Dr. Cooper speaks to how post-landing TB surveillance works in Canada (including some Alberta-specific challenges), plus the best approach to on-going follow-up. He also discusses how Alberta’s virtual TB clinic model has made a difference to rural, remote and Indigenous communities.

The fourth in our ‘TB Talk’ series, conversations from the most recent meeting of the North American Region of the International Union Against Tuberculosis. This episode, we hear from Dr. Dennis Falzon, a Medical Officer with the Stop TB Department at the World Health Organization in Geneva. Here, he discusses the WHO’s End TB Strategy, as well as the potential of new technologies to prevent and eliminate TB.

The third in our ‘TB Talk’ series, we hear from Dr. Malcolm King, a professor in the Faculty of Health Sciences at Simon Fraser University. He discusses the importance of social determinants of health to the rate of new TB infections and better TB outcomes in remote, northern and Indigenous communities.

This episode continues our look at tuberculosis at End TB 2017, a meeting of the North American Region of the International Union Against Tuberculosis. Our guest, Kay Wallis, is a special projects manager with the Curry International Tuberculosis Center. She presented on cultural proficiency among healthcare providers, or, as she calls it, cultural humility.

An in-depth review and analysis of the model of latent tuberculosis infection management and promising treatment completion outcomes at BridgeCare Clinic in Winnipeg, Canada.