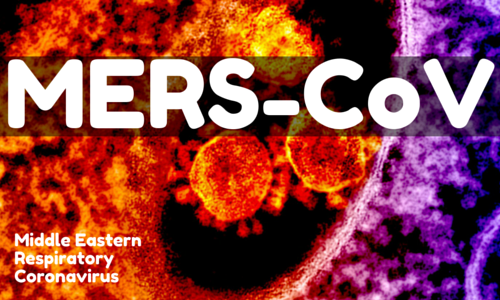 Questions, comments and suggestions regarding this debrief are most welcome and can be sent to shivoan.balakumar@umanitoba.ca.

What are important characteristics of MERS-CoV?

Middle East respiratory syndrome (MERS) is a viral respiratory illness that is new to humans, caused by a novel coronavirus (MERS-CoV). It was first identified in Saudi Arabia in 2012 and has since spread to several other countries.

Coronaviruses are a large family of viruses, common throughout the world. They can infect humans and animals. In humans, coronaviruses usually cause mild to moderate upper-respiratory illness, but some can cause severe illness such as the one that caused SARS in 2003.

The clinical manifestation of MERS-CoV infection ranges from asymptomatic or mild respiratory symptoms to severe acute respiratory disease and death. A usual presentation of MERS-CoV disease involves fever, cough, muscle aches and shortness of breath. Pneumonia is a common finding. Gastrointestinal symptoms, include anorexia, nausea, vomiting, abdominal pain and diarrhea. Severe illness can cause serious complications such as respiratory and kidney failure.

Reports of MERS-CoV case fatality range from 27% to 36%. Most cases have had underlying medical conditions and weak immune systems.

All cases of MERS have been linked to countries in and near the Arabian Peninsula. Infections occurring outside of this area are believed to have been acquired in the Middle East, and then exported outside the region.  Since April 2012, cases of MERS-CoV have been identified in 26 countries, including the following countries in the Middle East: Jordan, Saudi Arabia, Qatar, the United Arab Emirates, Oman, Kuwait, Yemen, Lebanon and Iran. Other countries that have reported MERS-CoV cases include the United States, France, Italy, Germany, Greece, the United Kingdom and the Republic of Korea (South Korea)—all of these cases had history of travelling to the Middle East.

The outbreak in the Republic of Korea (beginning May 20, 2015) is the largest outbreak outside of the Middle East, resulting from a single exported case with travel history in the Middle East (Saudi Arabia, Qatar, United Arab Emirates (UAE) and Bahrain) and subsequent human-to-human transmission to close contacts and health care workers providing care for patients before MERS was suspected or diagnosed.

MERS patients range in age from younger than 1 to 99 years old. The virus appears to cause more severe disease in older people and people with comorbidities such as cancer, chronic lung disease and diabetes or have weakened immune systems. Male cases outnumber female cases. The risk of infection is higher among individuals exposed to camels. Health care workers are at increased risk of the disease if they do not follow prevention and control precautions. An increasing incidence of MERS-CoV from March-April suggests a seasonal pattern which might be related to the weaning of young camels from their mothers in the spring of each year or corresponding to calving season and an increased pool of susceptible camels shedding virus in early spring.

CDC describes people who might be at increased risk of MERS CoV as:

The time between when a person is exposed to MERS-CoV and when he or she starts to have symptoms is usually about 5 or 6 days, but can range from 2 to 14 days. Canada considers exposure history based on the prior 14 days as a reasonable and safe approximation.

MERS-CoV is a zoonotic virus that is transmitted from animals to humans. It is believed that the virus originated in bats and was transmitted to camels sometime in the distant past.  Camels are likely to be a major reservoir host for MERS-CoV and an animal source of MERS infection in humans. Although recent studies point to the role of camels as a primary source of MERS-CoV infection in humans through direct or indirect contact with infected camels or camel-related products (e.g. raw camel milk), the exact role of camels in transmission of the virus and the exact route(s) of transmission are unknown.

MERS-CoV, like other coronaviruses, is thought to spread from an infected person’s respiratory secretions, such as through coughing. But the virus does not seem to pass easily from person to person unless there is close contact, such as occurs when providing unprotected care to a patient. Infected people have spread MERS-CoV to others in healthcare settings, such as hospitals. No sustained human-to-human transmission has yet been observed. Secondary cases have tended to be milder than primary cases, and many secondary cases have been reported to be asymptomatic. Secondary cases have been associated with both healthcare and household settings. All reported cases have been linked to countries in and near the Arabian Peninsula.

Laboratory confirmation is obtained by detection of the virus using (a) MERS-CoV specific nucleic acid amplification test (NAAT) with up to two separate targets and/or sequencing; or (b) virus isolation in tissue culture; or (c) serology on serum tested in a WHO collaborating center with established testing methods.

PHAC provides interim infection prevention and control (IPC) guidance to healthcare organizations and health care workers for the management of patients presenting to health care facilities in Canada who are suspected or confirmed to have MERS-CoV or who have had close contact with a confirmed case.

The World Health Organization (WHO) and the United States Centers for Disease Control and Prevention (CDC) and PHAC have also issued recommendations for the prevention and control of Middle East respiratory syndrome coronavirus (MERS-CoV) infections for healthcare settings.

For members of the general public, the WHO recommends that when visiting a farm or barn, to adhere to common hygiene measures, including regular hand washing before and after touching animals, avoiding contact with sick animals, and following food hygiene practices. The WHO also recommends that individuals at high risk of severe disease, such as immunocompromised people and those with diabetes, chronic lung disease, or preexisting renal failure, take precautions when visiting environments where camels are present.

There is currently no licensed vaccine available, although several experimental candidate MERS-CoV vaccines are being developed. For example, researchers at the National Institute of Health in collaboration with other investigators, including the Public Health Agency of Canada, developed an experimental synthetic DNA based vaccine that can generate protective MERS-CoV antibodies in mice, monkeys, and camels.

Treatment is supportive and based on the patient’s clinical condition. There is no specific antiviral treatment recommended for MERS-CoV infection. Individuals with MERS can seek medical care for symptomatic treatment including care to support vital organ functions.

What is happening with current outbreaks of MERS-CoV?

Between September 2012 and December 17, 2015, WHO has been notified of 1,625 laboratory-confirmed cases of infection with MERS-CoV and at least 586 related deaths in 26 countries across the globe (see graph or map below for affected countries).

What is the current risk for Canadians from MERS-CoV?

According to PHAC, the public health risk posed by MERS-CoV to Canada is considered low. There have been no cases identified in Canada. Secondary cases elsewhere involved close contact with MERS-CoV infected individuals including family members and healthcare workers. The WHO has not deemed the MERS-CoV situation to be a public health emergency of international concern because a) sustained community transmission has not been observed and b) there has been no evidence thus far of any significant virus genetic mutation or change.

PHAC has not advised on any travel restrictions related to MERS-CoV, but has posted a Travel Health Notice for Canadian travelers to affected regions and for those planning pilgrimages for Hajj or Umrah.

WHO does not recommend either special screening for MERS-CoV at points of entry or the application of any travel or trade restrictions apart from following general travel health precautions, to lower the risk of infection in general, such as hands hygiene, food‐safety practices and keeping good personal hygiene, and to be aware that the risk may be higher for travelers with chronic medical conditions (e.g. diabetes, heart disease, kidney disease, respiratory disease).

What measures should be taken for a suspected MERS-CoV case or contact?

PHAC has developed brief guidelines to assist health care workers in the management of a person infected with MERS-CoV, including Screening, Assessment, Treatment, Testing and Reporting phases.

As well, PHAC has developed guidance to facilitate containment when imported cases (or contacts) of MERS-CoV are suspected or confirmed in Canada.

The surveillance case definitions are not to replace clinician or practitioner judgement in individual patient management—they are strictly for the purpose of case identification and reporting.

Patients under investigation should be reported to public health authorities in a timely manner. According to the Public Health Agency in Canada, clinicians responsible for the investigation of a suspect case of MERS-CoV should report cases to their local/provincial/territorial public health authorities, who should then report confirmed and probable cases nationally within 24 hours of their own notification.

PHAC recommends that, in addition to routine practices, patients suspected or confirmed to have MERS-CoV infection should be managed with contact and droplet precautions, along with airborne precautions for aerosol generating medical procedures (AGMP).